As a Star Wars fan, this was a dream project. The opportunity to pore over every iconic character and moment from the Star Wars films and condense them into a single volume was a rare treat, albeit a challenging one. In many instances, the content and composition of each page was dictated by the illustrations and my own desire to include the smallest of scene details on every page. 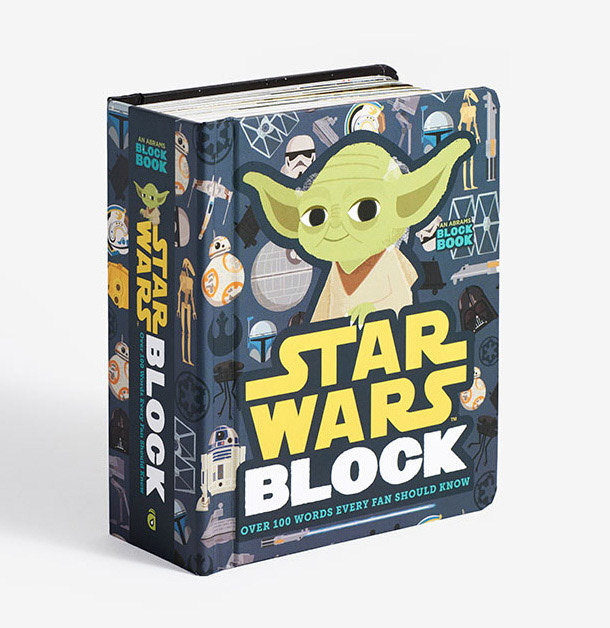 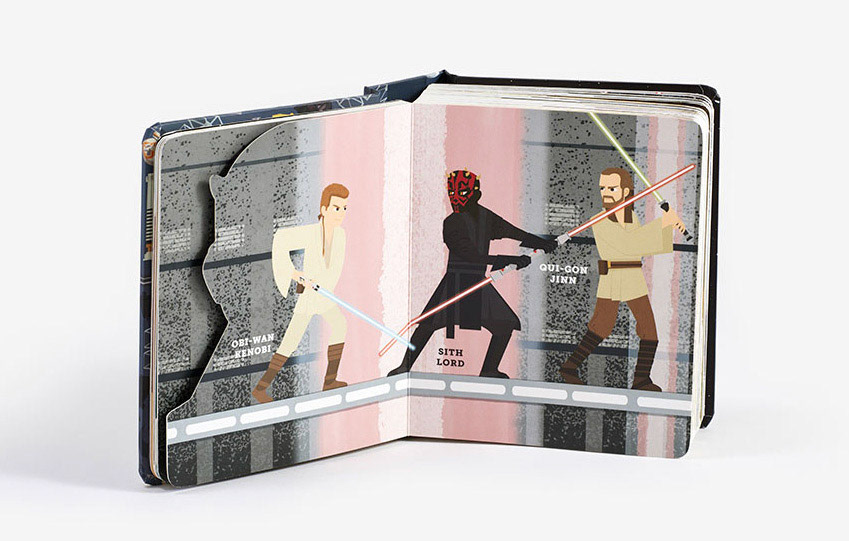 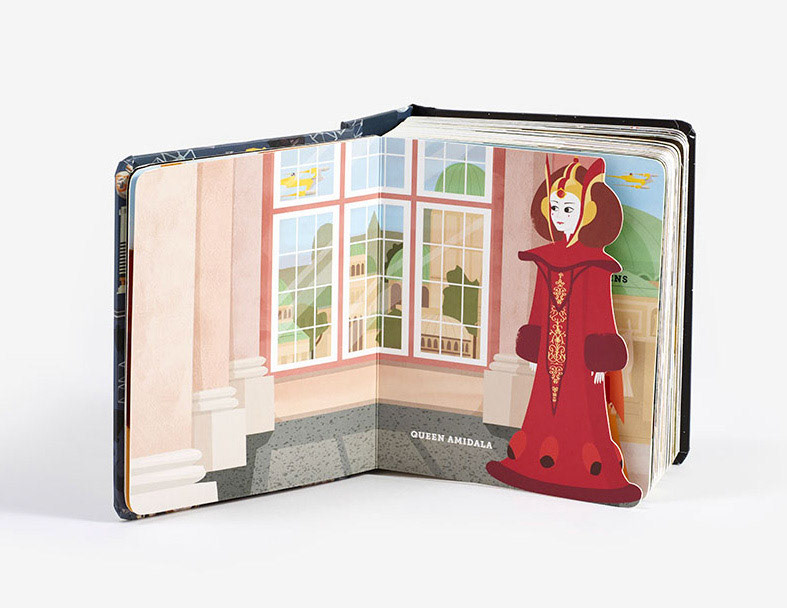 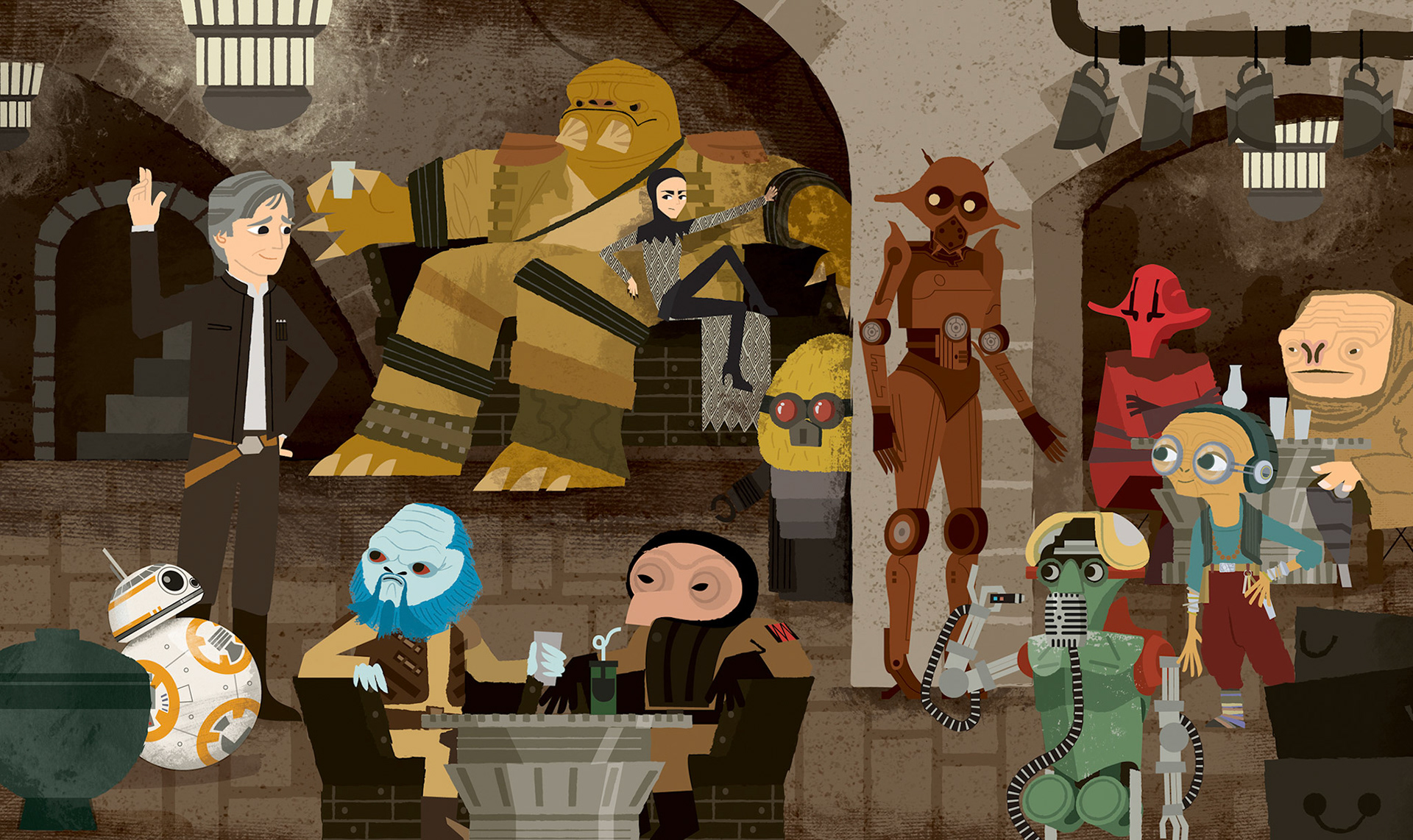 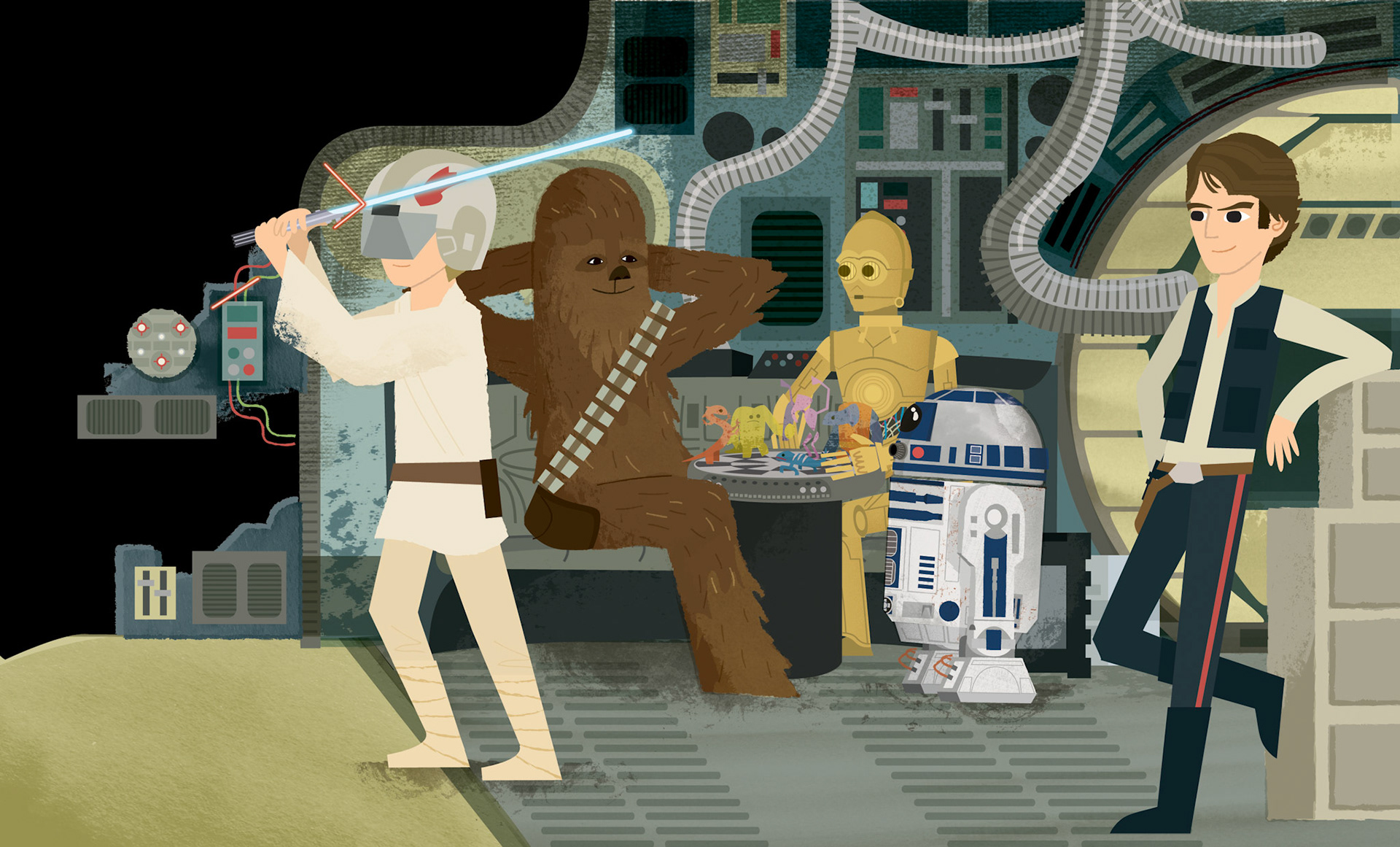 From the Publisher, Abrams;
"The world of Star Wars is rich with content, from its iconic characters to its stunning locations. This sixth title in the Abrams Block Book series takes readers on a tour through Star Wars, featuring popular characters and moments from all films, up to and including Rogue One.
As in previous Block Book titles, Star Wars Block includes die-cut shapes on every spread and the charming art of British design team Peskimo. Additionally, each spread features important words every Star Wars fan, from the littlest Skywalker to the most seasoned Kenobi, should know."
"The youngest Star Wars fans will find much to pore over."
— Kirkus Reviews